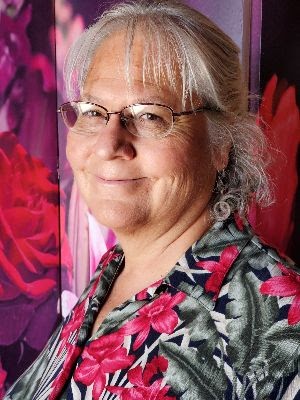 Dr. Theresa Gonzalez – After 10 years as a wildlife biologist, Dr. Gonzalez pursued her dream of becoming a Veterinarian in 1986 only to find she was disappointed in the standard, 1990’s, approach to treating animals by masking symptoms with painkillers and steroids.

Dr. Gonzalez’ willingness to explore alternative methods led to her working with Hazel Parcels, a pioneer in distance healing, Dr. Richard Pitcairn who taught homeopathy for animals, and Dr, Donald Epstein who developed Network Chiropractic. Studies with the developers of Matrix Energetics, Reconnective Therapy, Organ Regeneration, Tellington Touch, Simply Aligned, Bengston Technique, and studies in Healing Touch, Acupuncture, Reiki, EFT and other modalities has led to her current study of dowsing and her passion to spread the word about dowsing around the world.

A member of the American Holistic Veterinary Medical Association, Dr Gonzalez learned how to muscle test and use a pendulum for healing from Parcells in 1990, and has been using both as key tools in her 30 -year practice with dogs, cats, horses, birds, rabbits, hamsters, pigs, goats and even lizards!

Theresa is the Acting President of the Tucson Dowsers