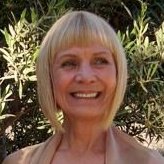 The Amazing 39th Parallel!
For years I have been interested in the powerful magnetic energy of the 39th parallel.  Our capitol in Washington, our emergency government in Denver, the Mason Dixon Line, the division of North and South Korea and even Beijing were deliberately placed on it for planetary control.  It is esoterically viewed as the central nerve circuit of our planet.
From the ancient pyramids in Illinois to Serpent Mound  to the Oracle of Delphi, our ancestors were well aware of its power. . Please join me for an exciting dowsing talk on the 100’s of sites both secular and sacred located on the the 39th parallel.

Carol Assa is a multifaceted explorer of the invisible architecture of the universe.

For more than twenty-five years, she has been researching, speaking, consulting, and teaching the dynamics of ancient wisdom, all under the umbrella of “Invisible Architecture.

In her research, she has found that our ancestors had greater awareness and insight into the workings of subtle energies than we have today. By synthesizing, redeeming and utilizing this ancient wisdom, both east and west, we can bring greater insight, harmony and balance onto our modern lives.

Ms. Assa has studied several different, traditional Feng Shui schools such as Flying Stars, Imperial Feng Shui, Da Gua, Form and Compass School and Bazi. As a Master Feng Shui consultant, she combines the wisdom of all these school, plus modern scientific discoveries, in her consultations.

She also has a clinical degree (C.ht) in Hypnotherapy, an advanced NLP degree, and a multitude of other trainings and certificates in such fields as dowsing, Biogeometry, vibrational healing, radiesthesia, and more.

She writes the popular newsletter, “Invisible Architecture,” which has been published continually for the past twelve years.